Increase of the operating temperatures for energy- equipments 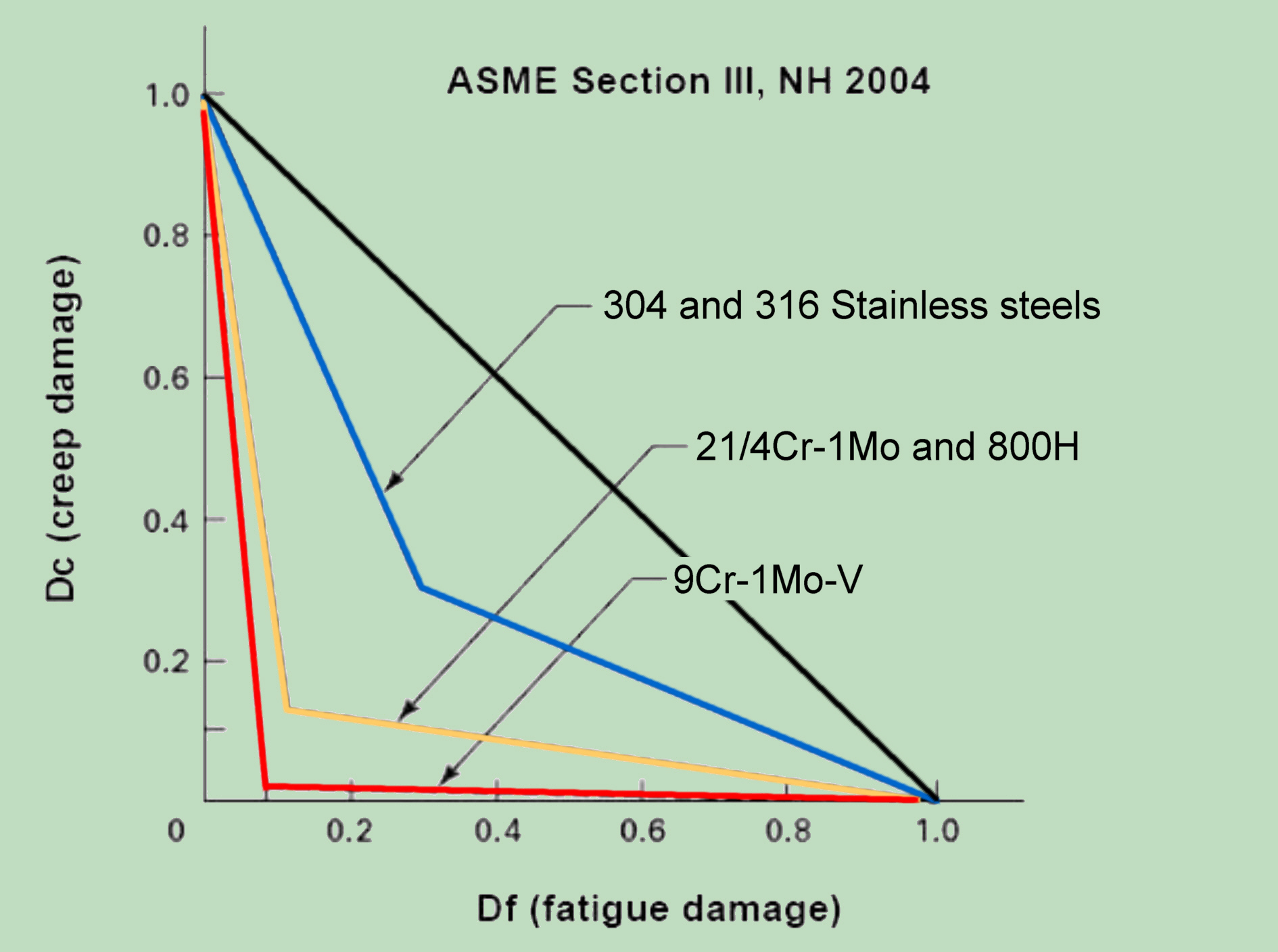 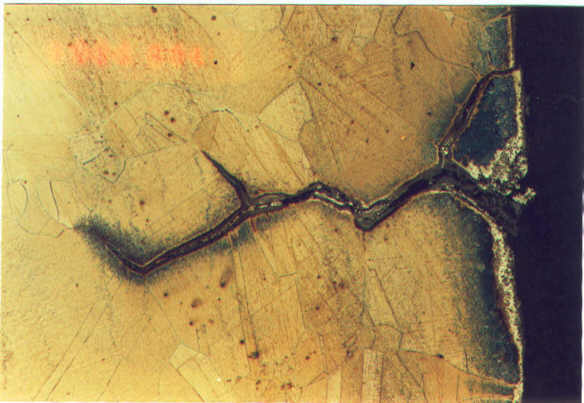 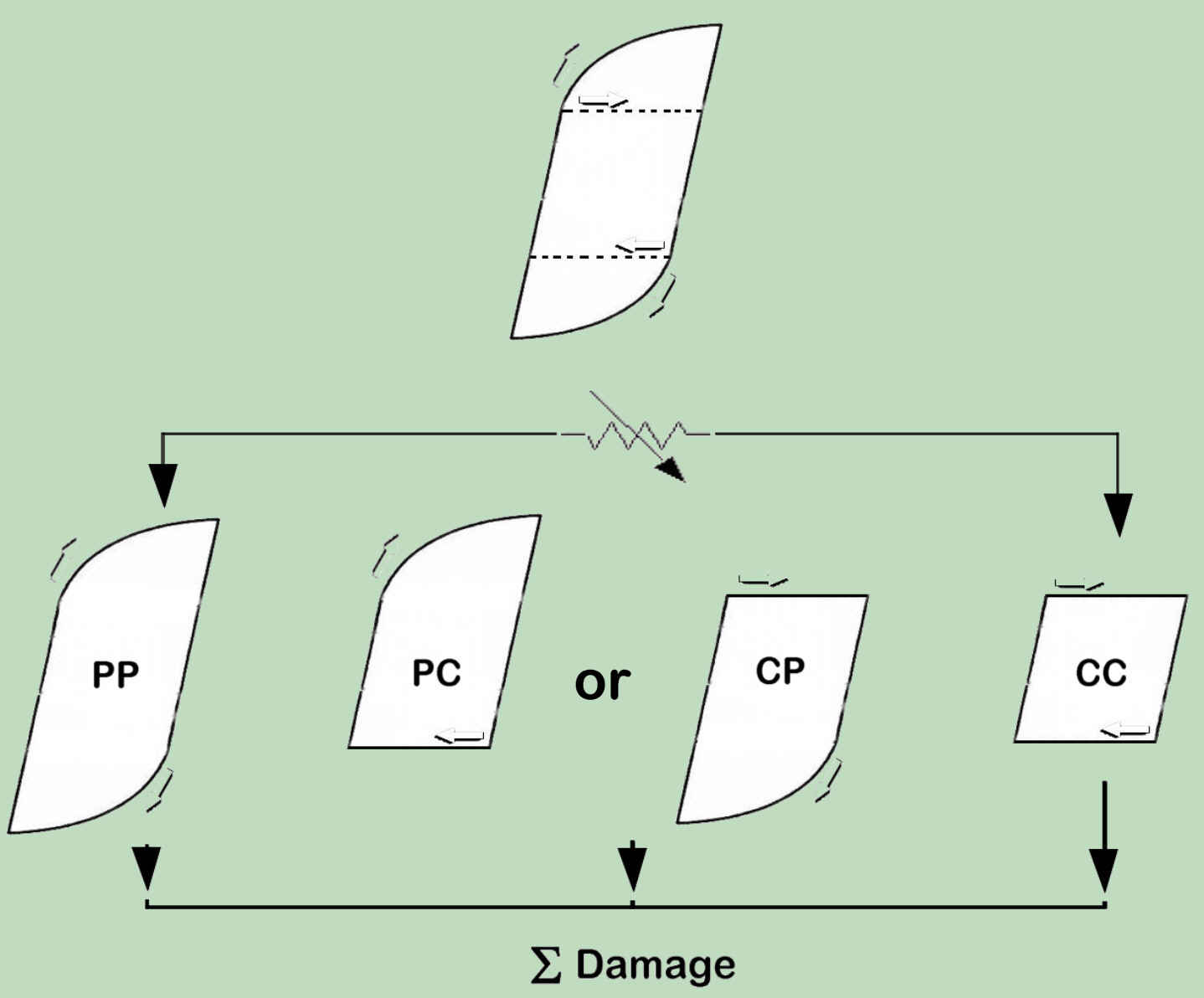 Method that fully considers both: oxidation effects and components load history (using corresponing correction factors α and p) is established in P-1209 project and verified by the tests: 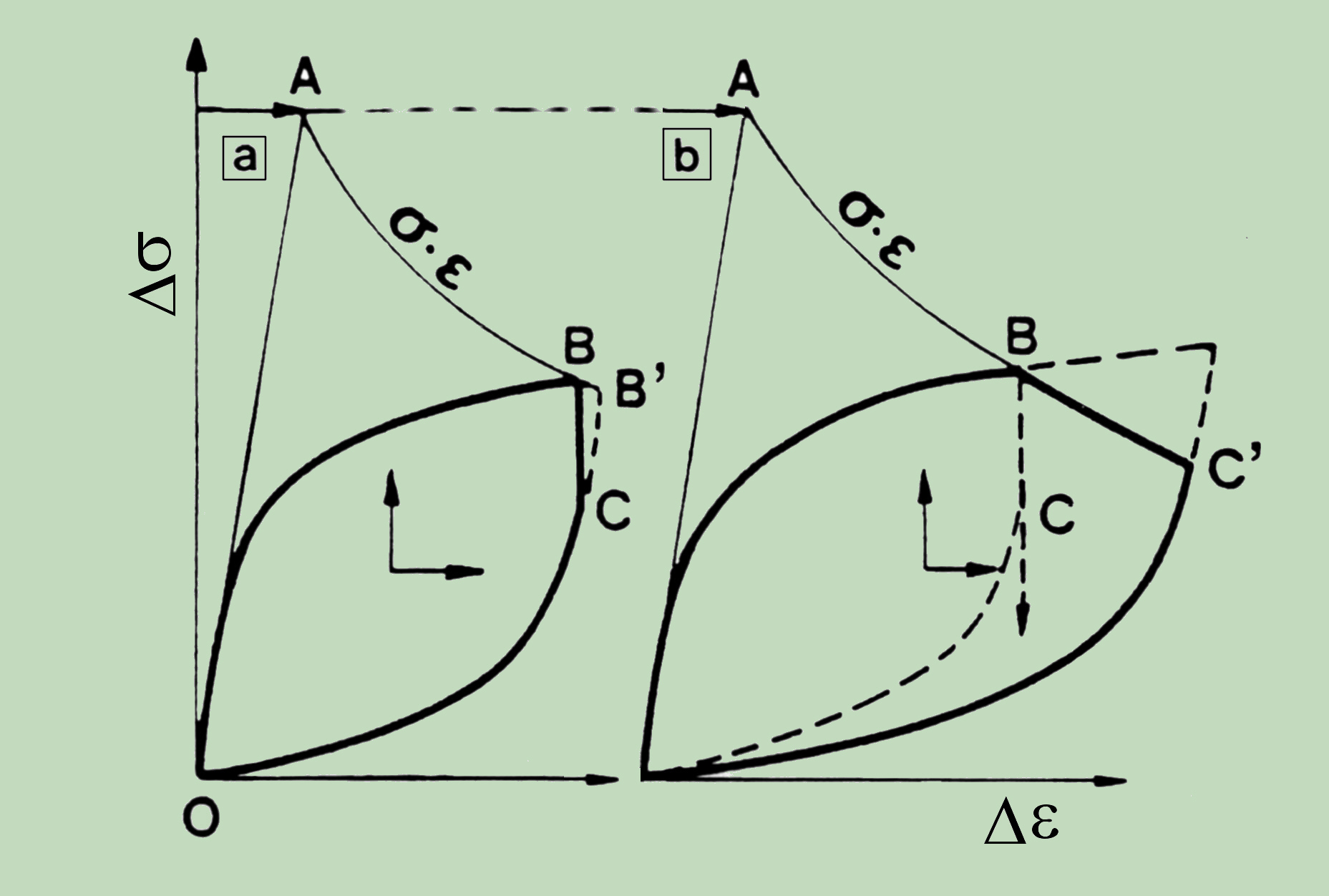 Verification of the method

The proposed method was verified with help of own experimental examinations and the results of examination from the literature, that refers to the conditions with dwell time under tensile loading with the same material (IN 800H). In this way, also the numerous influences of the material-charges, heat treatment and test-conditions has been fully included. At the same time the amounts which relate to inadequate methods of calculation set were sorted out of the natural scatter and with it the resulting scatter reduced to the real random effects. The following comparison shows an excellent result, both in terms of accuracy of predictions as well as in respect to the improvements of the original method: 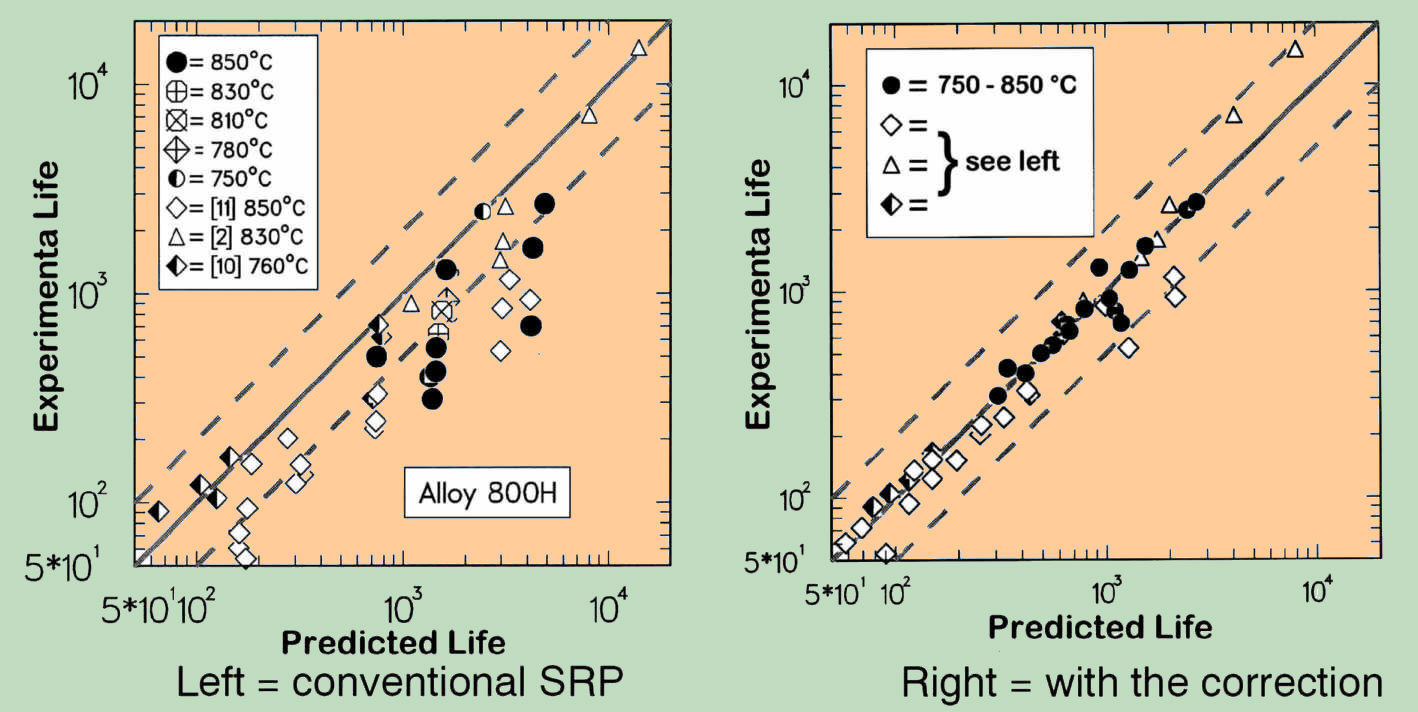 Based on the results of the project, several useful prerequisites for successful application have been created for the better understanding of the behavior and the effective design of high temperature components: 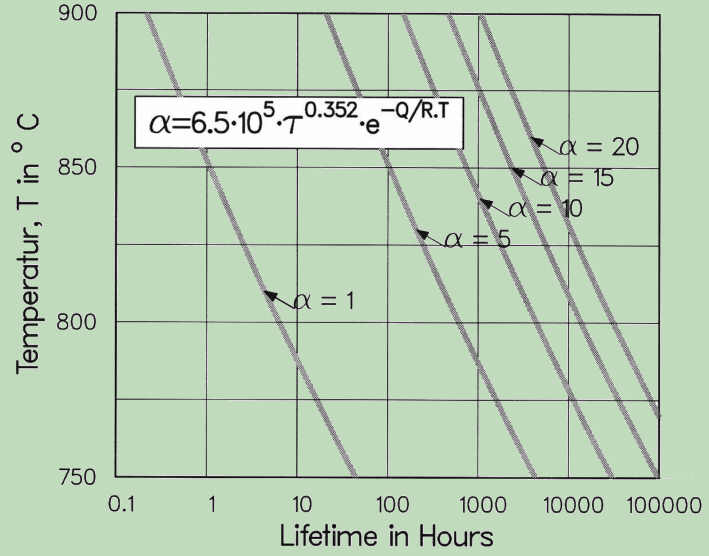 Back to the beginning

More details you can find in the above-cited paper and in:

"Damaging process in creep-fatigue-oxidation environment and its consideration in life prediction" (Web exclusive Version) that you can free download here.

It is my hope that both papers will help to clarify some of the problems that still remain to be treated.